To the seasoned spirits aficionado, there is no place in Western Canada quite like Fets Whisky Kitchen; Vancouver’s premier Whisky Bar.

In fact, with well over 800 different types of whisky currently on the menu and more arriving all the time, it just may be the premier spot in all of Canada. “We’ve got about 800 on site,” says proprietor Eric Fergie of his liquid bounty.

“We’re just getting ready to do a new whisky release of about 400 additional whiskys; that’ll be fun”.But to be clear, it’s not just simply a place for the seasoned whisky palate. Fets has a little something for all levels. “We have a whisky for everybody – all ranges; and we can find the right whisky for you.”

A fixture ‘On the Drive’, it certainly isn’t just whisky in this kitchen.

You can also add in some of the best food the neighbourhood offers.

“We’re very proud of our menu and our ingredients,” says co-proprietor Allura Fergie.

“It’s free-run, organic and sustainable with everything done from scratch and with quite a bit of whisky influence too; a Whisky BBQ sauce, Whisky Corn Fritters…..really good stuff.”

Also providing one of the best patios on Commercial Drive; situated directly across from Grandview Park, Fets is a great place to meet, eat, sip and of course, people watch.

“We’ve actually got a great view as well,” adds Eric.

“Everyone always thinks you have to sit by the water for the best view in Vancouver but we’ve got a spot to see a great sunset with all the lights of downtown. In addition to a heavily-stacked whisky portfolio and a well-crafted food program; Fet’s isn’t afraid to showcase a few key elements of the Lower Mainland’s burgeoning Craft Beer Scene as well.

“We have a series of beers with seven taps and one that we rotate,” says Allura. “There’s something for everyone there too”.

One of the key elements Fets offers is their regular series of whisky pairing dinners.

“We do one about every six to eight weeks,” adds Eric. “We recently had Matt Jones, the Beam/Suntory Brand Ambassador out here and did a pig roast with Jim Beam Whisky.

We sampled seven Whiskies’ and it was incredible.” And if you’re unclear on the correct spelling of whisky, Eric Fergie is only too happy to elucidate.

“The only two countries in the world that put an ‘E’ in whisky are Ireland and America,” he states. “And the Irish did it originally to segregate their product from the Scots because many, many years ago they felt that their whisky was superior to that originating in Scotland.

I think the Americans just found an easy way to jump onboard with that.” 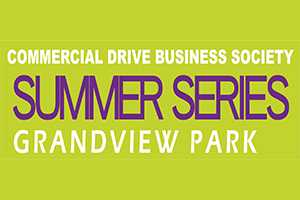 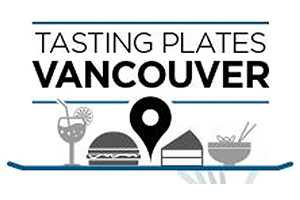 Tasting Plates Commercial Drive Join us and explore the Commercial Drive neighborhood and tantalize your taste buds at several restaurants and cafes. This evening tasting extravaganza is on Wednesday August 23 from 6pm until 10pm and is presented by Vancouver Foodster. Each restaurant will be serving up Tasting Plates and Tasting Cups for guests to enjoy Read more… 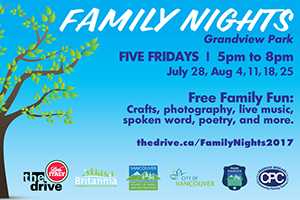